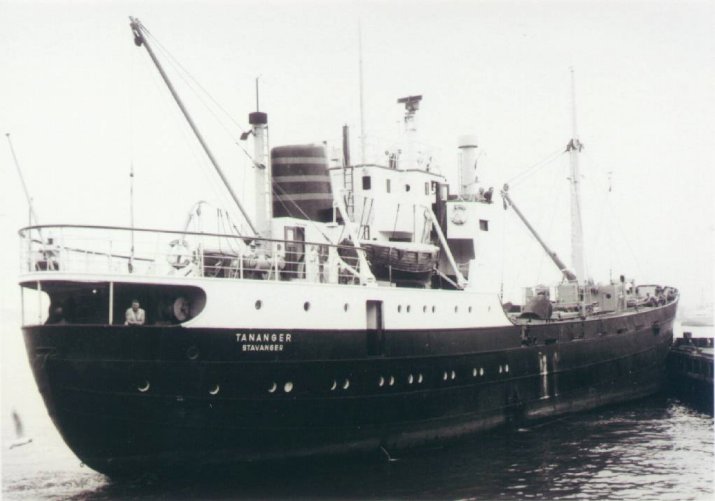 The MV Tananger in Stavanger harbour before being converted to the radioship MV Communicator. The ship carried all kind of cargo between Bergen, Stavanger and Oslo at that time. 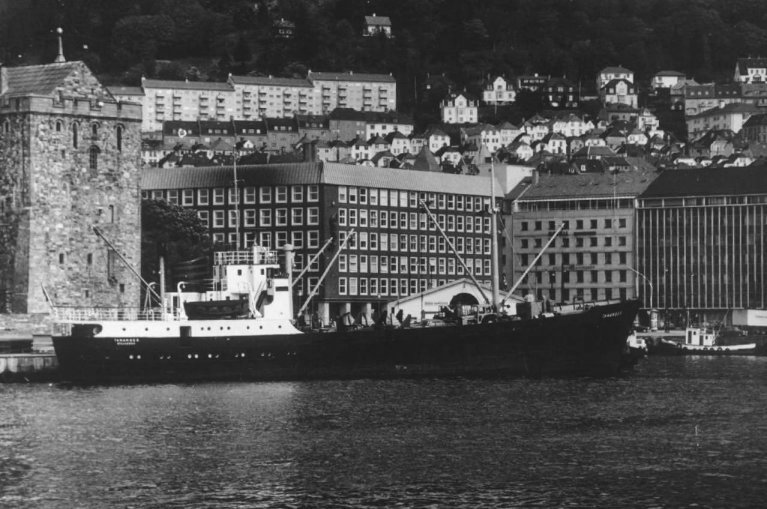 The MV Tananger in Bergen 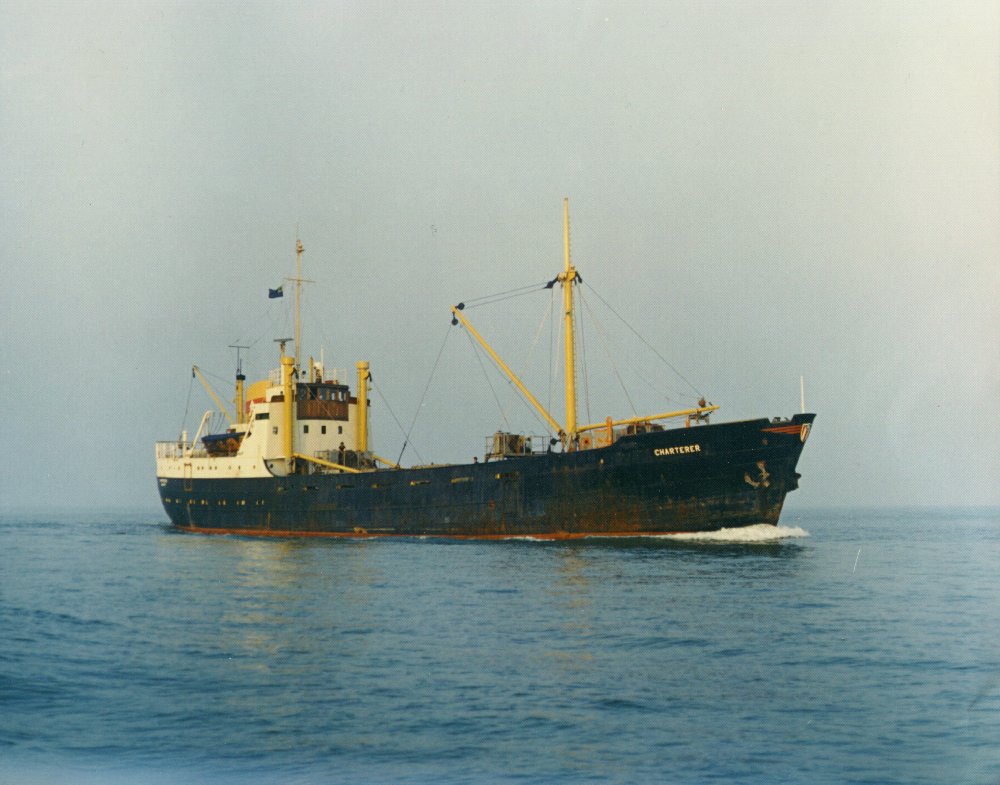 A photo showing Communicator as Charterer a name she was given by her new owners Gardline Shipping before being renamed Gardline Seeker. The photo is taken just after the take over from DSD in Stavanger as the DSD's colour are still painted at the vessel's bow. 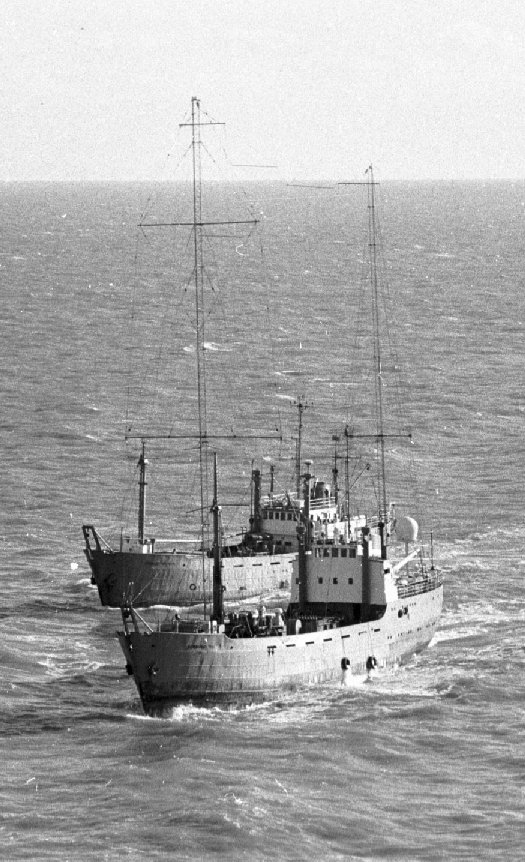 The MV Communicator being escorted by her former sister ship the Gardline Tracker (ex Norwegian vessel Ryfylke) to Harwich harbour.