Position: Anchored off the coast of Tel-Aviv 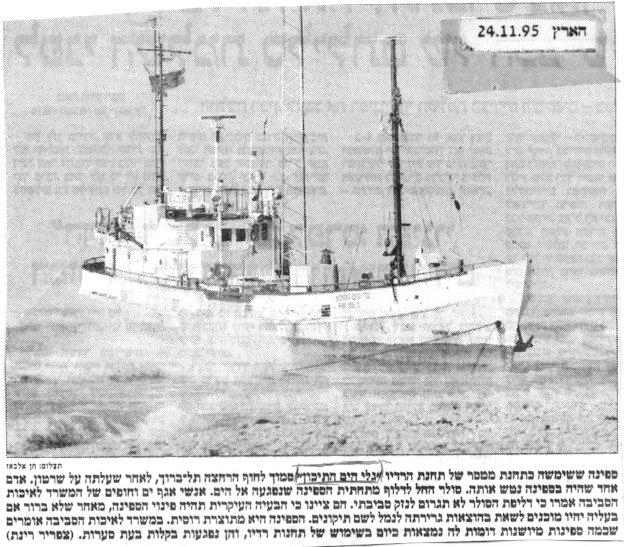 This station broadcast from the same ship as Radio Galei Hayam Hatichon, although neither station mentioned the other one.

The station broadcast continuous music with the occasional jingle.

Three weeks after broadcasts commenced the Ministry of Communications officals raided the ship, claiming they were broadcasting from inside Israeli territorial waters, and shut the stations down.

23rd November. The MV Kajur ran aground, and was badly damaged and is no longer seaworthy.

It was after the ship run aground that it was discovered that the ship housed two stations, Radio Dan and Radio Galei Hayam Hatichon (Mediterranean Waves).