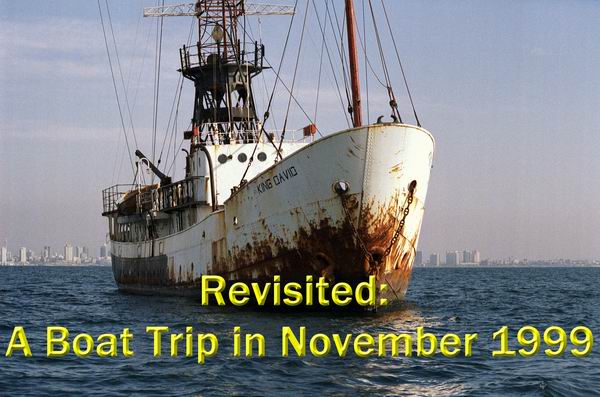 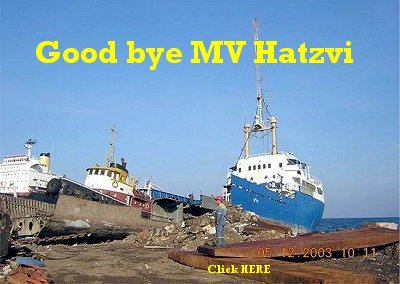 The End of the Radioship King David

When one thinks of the words "offshore radio", I wouldn't blame you if you thought of "Caroline" or "London ", "Veronica" or "RNI" . But from "Somewhere in the Mediterranean" eight offshore radio and T.V. stations played their part in offshore radio history.

From 1960 until today, there have been various other offshore radio and T.V. stations all over the world, like Radio Uilenspiegel, anchored off Belgium in the early 1960's, and of course Radio Hauraki which had a tremendous effect on broadcasting in New Zealand.

I strongly recommend that you purchase a copy of Jim Parkes excellent "Encyclopedia of Offshore Radio" to get the FULL picture of offshore radio through the ages until today.

But I am going to concentrate on offshore radio in Israel, and the eight radio and T.V. stations which have graced these shores since 1973 until this very day.

Let me explain one interesting fact here: EVERY offshore station that has broadcast off the coast of Israel has ALWAYS broadcast WITHIN Israels territorial waters. This has been to the silent agreement of the government, Defence Ministry and the Ministry of Communications. This was necessary because of Israels security needs. The Israeli navy has/had to know where every Israeli vessel is anchored, so if any terrorist vessel approaches, they will know about it. The offshore stations (and there have been eight of them!), were in fixed positions, and the Israeli navy knew exactly where they were.

Today Israel is the only country in the world to still have an offshore radio station. Arutz Sheva continues to broadcast from off the coast of Tel-Aviv, despite threats to close them down every now and again from opposition Knesset members.

Rumours come and go as lanbased stations who have been raided a few times by the authorities, promise to go offshore. But usually none of these promises come good. This HAS happened a few times though, with Galei Hayam Hatichon (Mediteranean Waves), and Arutz 2000 being prime examples.

Several of the former offshore DJ's are now prominent on Israels legal stations, and Israel, along with Holland (Veronica) and New Zealand, (Hauraki) recognized one of the offshore radio stations popularity, and legalized one of the most popular of the stations - Radio One in Haifa. One of the lesser known stations, it was, and is, very popular in the Haifa area, and showed the way to local commercial broadcasting today. Today, Radio One is known as Radio Haifa,and broadcasts on the same frequency as they did in their offshore days - 107.5 FM.

Israel is in the middle of a communications revolution at the moment. Israel only got T.V. in 1967, and the first legal pop radio station in 1976. Local (legal) commercial radio only started here in 1995, and there is no doubt in anyones mind that the offshore radio stations, past and present, had a big influence on the way Israeli radio is today.

Before I start, I must give a big thank you to two people. First of all to Dr. Martin van der Ven for giving me the space on his wonderful site to spread the word of Israeli offshore radio, and to Jim Parkes from where I got a lot of information about the Voice of Peace (and other stations) that I did not know before. And my credits go to Chris Edwards and the Offshore Echo´s Magazine where lots of valuable infos are originating from.

I am going to give you a short history of each station that has anchored off the Israeli coast, with frequencies, boat names and anchor positions. Also some interesting stories that happened (I don't know of an offshore station to date that has had a "normal existence"). 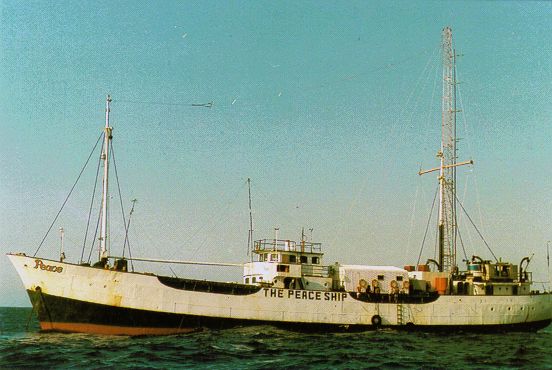