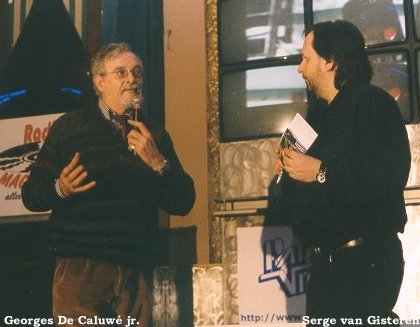 Some visitors came from as far away as the eastern part of Germany. 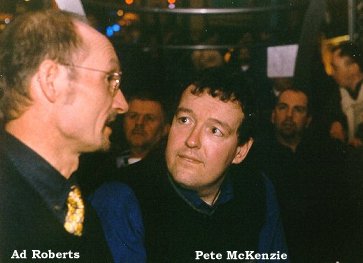 Several videos with unique footage were shown, amongst them as a first the uncensored version of the video taken by the Dutch police during the raid on the MV Ross Revenge in August 1989. 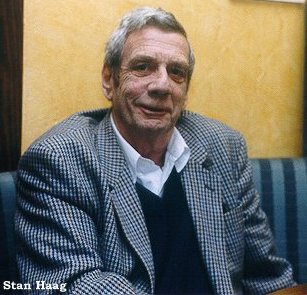 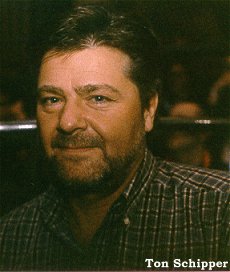 RadioVisie and the cable station Radio Magdalena had invited many offshore radio personalities from Belgium and the Netherlands.

Serge van Gisteren (Radio Magdalena) had prepared lots of jingles, tunes and audioclips which were played before his professional interviews on stage.

He welcomed the following guests: 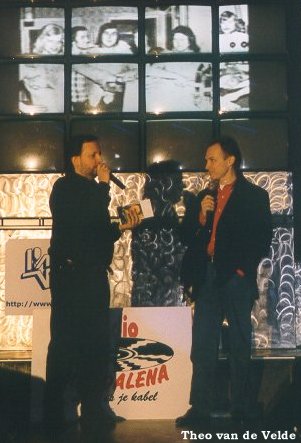 As a special surprise the nearly 80-years-old Stan Haag appeared on stage. He was warmly welcomed by the crowd, and his Jukebox tune was played when he entered the hall. Filip Bomberna (RadioVisie) and Serge van Gisteren gave him a radio set as a that looked like a jukebox as a gift...

Everyone was absolutely satisfied when leaving after a pleasurable day with lots of memories. 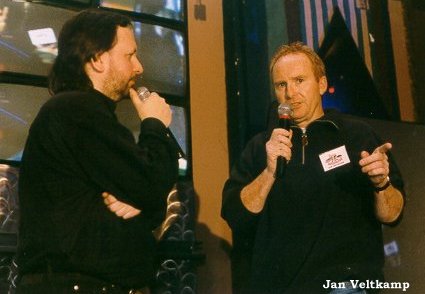